With the fundraising season over, things have slowed down as we are nearing the year’s end, but the border once again gets the lion’s share of the news and attention this week.  Here’s what’s happening:

Grid Ready for the Cold Blast 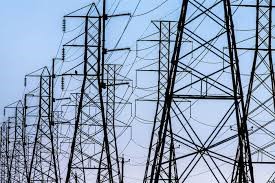 A very aggressive cold front is headed to Texas, where temperatures will dip well below freezing in most parts of the state beginning on Thursday.  Some areas will see single digit temperatures on Thursday and Friday nights, with temps barely getting above freezing during the daylight hours.  ERCOT – The Electric Reliability Council of Texas – says the grid is ready for the cold blast.  The entity that manages the electricity and power supply in the state announced Tuesday that there is enough power in supply to keep up with the surge in demand.  After the harsh winter storm of 2021, ERCOT has instituted several measures to ensure power plants are able to withstand the extreme weather conditions.  The coming cold snap will be the first real test of the reforms put in place.  Low temperatures will be near zero in the Panhandle Thursday night.  Readings in the low teens to single digits are expected as far south as San Antonio.  Even the Houston and gulf coast areas will experience a hard freeze, with temps expected to be in the low 20’s.  High winds will contribute to an even lower wind chill that will undoubtedly add to the demand for power.  Colder than normal temperatures are expected to last through Monday.  But, no precipitation is expected, therefore travel will not be hazardous during the season’s first winter freeze.

Companies Under Fire for Investment Policies 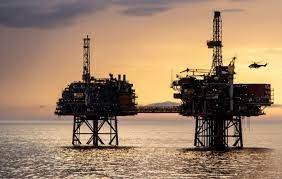 In what was likely the last interim hearing of the year, the Texas Senate State Affairs Committee met in Marshall last week to question investment companies regarding their shift to green initiative and climate-friendly portfolios.  During the 2021 session, lawmakers passed a bill that prohibits the state from contracting with or investing in companies that divest from other companies involved in the industries of oil, natural gas, or coal.  The committee hearing focused on companies such as BlackRock and State Street Global – both of whom contract with the state for investment opportunities — to question company representatives on their investment strategies and any participation they have in the federal rulemaking process on environmental and social governance issues.

Committee members voiced concerns that these companies are recommending to their clients that they shift focus and resources away from fossil fuel related companies in favor of more eco-friendly companies.  Lawmakers claim that they have met with representatives of the Teacher Retirement System – which manages $165 billion in investments on behalf of the state – and were told that these and other companies were recommending against the investment in fossil fuel based energy products.  Company representatives cited significant investment in Texas energy companies, to the tune of $107 billion currently invested.  Committee members said they will continue to monitor each investment company with whom the state does business, and hold any of them accountable for cutting ties with or recommending a shift in investment strategy that is in conflict with the law passed last session.  The committee did not indicate whether or not they would make further recommendations for the upcoming session on stricter laws regarding investment strategies. 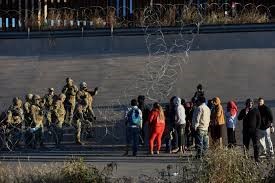 With the impending end of Title 42 – the pandemic era policy that allowed for the immediate expulsion of any migrant seeking asylum – the city of El Paso has declared a state of emergency.  El Paso has seen an average of over 2,100 migrants crossing every day into their city over the last two months.  Title 42 was initially scheduled to end today.  But the US Supreme Court has intervened and allowed the policy to stay in effect temporarily.  The emergency declaration is necessary – according to El Paso Mayor Oscar Leeser – to unlock additional resources and expand the number of available shelters to migrants.  The Mayor says his city is proceeding as if Title 42 will soon come to an end.  And when the policy does end, city officials say the number of daily encounters could climb to 6,000.  Temperatures throughout the region are expected to be below freezing starting Thursday and continuing through the holiday weekend.

Over the weekend, Gov. Abbott made the talk show rounds and said that border communities should prepare for chaos when Title 42 ends.  Last week, the US Court of Appeals for the DC Circuit blocked an effort by Texas and 18 other states to keep the policy in place.  Title 42 was used to expel 2.4 million migrants since March of 2020.  On Monday, the Supreme Court intervened and said the policy could stand for now.   In response to the Supreme Court order, the Biden administration asked the Supreme Court to extend Title 42 until December 27th as they prepare for the increased influx of migrants once the policy ends.  The administration has said it will increase resources and manpower along the southern border, as well as work with all levels of law enforcement to identify and shut down smuggling operations currently run by cartels to assist migrants.

With less than a month to go before the regular session begins, the University of Texas Politics Project released a poll that reveals how Texans feel about issues post election, and tracks trends of the views of how our elected officials are perceived among voters.  The poll questioned 1,200 registered voters between December 2nd and December 12th.

There were some interesting findings.  Here are some highlights:

Immigration and border security once again leads the list of issues most concerning to Texans, with 30% citing that as the most important, including 60% of those identifying as Republican.

72% feel that the laws regarding possession of marijuana should be lessened and a slight majority feel there should be some sort of legalization of the product.

With the gaming debate once again receiving a lot of attention, the respondents were asked a very general question about gaming laws, and nothing specific such as proposals relative to casino gaming or sports betting.  35% said that in general, gaming laws should be less strict, while 20% said they should be more strict.

Below are the favorable vs unfavorable ratings for our statewide officials:

Full results of the poll can be found here:  https://texaspolitics.utexas.edu/blog/between-election-and-looming-session-december-uttexas-politics-project-poll-finds-texans

In the only hotly contested Senate race from November, a recount did not change the results.  Democrat Morgan LaMantia of McAllen defeated Republican Adam Hinojosa on election day by a margin of 659 votes out of over 175,000 total votes cast.  Hinojosa requested the recount in the counties of Cameron, Willacy, and Hidalgo, claiming a recount was necessary due to the large number of mail in ballots in those counties.  The recount did turn up some new ballots in Cameron and Willacy Counites, but the majority of those were cast in favor of LaMantia.  Last Friday, Hinojosa finally conceded the race.  The south Texas Senate seat was open this year due to the retirement of longtime Democratic Senator Eddie Lucio of Brownsville.

Texas House Speaker candidate Tony Tinderholt, a Republican from Arlington, is making headlines not just for his candidacy to challenge incumbent Speaker Dade Phelan, but also for his recent staff hire.  Tinderholt – who received 6 votes compared to the 78 received by Speaker Phlean in last month’s Republican Caucus vote for Speaker – has hired a a young man who has a history of posting strong anti-trans and anti-LGBTQ remarks on social media.  One post from June of this year called for the execution of parents who take their kids to “drag” shows.  Tinderholt’s legislative history shows a strong focus on social related issues such as those related to anti-abortion and anti-trans measures.  Even with very little support within the Republican Caucus, Tinderholt says he will take his longshot bid for Speaker to the House floor when the session convenes.

The pace of bill filing continues to be slow during the holiday season.  It will certainly increase after the first of the year when lawmakers return to Austin.

The session begins on Tuesday, January 10th and lasts for 140 days.

I would like to wish everyone a very Merry Christmas and happy holiday season.  Please be safe and stay warm!!