I trust everyone had a safe and restful Christmas.  The week between Christmas and New Year is generally slow, but there are some items making the news, especially with the cold weather we have been having here and throughout the country.  And as usual, the border and immigration continue to make headlines.  Here’s what’s happening: 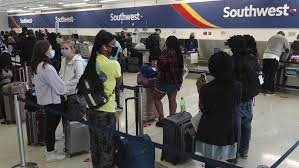 Dallas based Southwest Airlines, once known for its reliable on time flights and second to none customer service, is in the cross hairs of federal regulators and tens of thousands of frustrated customers.   Southwest is considered the top low cost carrier, serving 121 cities in the US as well as 10 international destinations, mostly in Latin America.  However, its long standing reputation and good will that has been built up over the last several decades has all but disappeared due to its performance over the last several days.

Passengers remain stranded as Southwest canceled 2,700 flights on Monday and another 2,500 on Tuesday.  While most airlines were able to catch up and get back to normal operations by Tuesday, Southwest continued their cancellations.  The 2,500 cancellations on Tuesday amounted to 87% of all flight cancellations in the country, with Spirit Airlines having the next highest number of cancellations with 83.  Horror stories throughout the country are making headlines as travelers have been left stranded for days at a time, with no recourse to make alternate arrangements.  Most Southwest customers also complained that due to the high number of stranded passengers, many hotels near the airports were sold out and rental cars were nowhere to be found.  Those lucky enough to finally reach their destination more often than not were unable to locate their luggage and were not able to get answers regarding the location of their checked bags.

This meltdown has garnered the attention of federal regulators, who said they will begin an investigation into the airline to determine whether or not the airline has violated its own customer service plan and try to determine whether or not the cancellations were avoidable and controllable.  The Department of Transportation vows to ensure the airline reimburses passengers with meal and hotel vouchers, as well as compensation for lost luggage.  The airline blames bad weather – two of its major hubs are in Denver and Chicago where the winter storm hit over the weekend.  But industry experts say the airline has not improved its technology and has not recovered sufficiently from staffing issues related to the COVID shutdown.

What’s even worse is that the airline has cancelled another 3,000 flights for Wednesday bringing the total number of flights canceled to 10,700 over the last week.  And there is no end to this crisis in sight.  Many people stranded now will remain stranded until after the New Year. 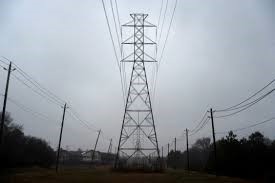 As well as the state prepared for the freezing temperatures that hit the entire state over the holiday weekend, demand for electricity still shattered all estimates.  However, even with the high demand, the grid held up through the weekend.  These numbers are foreign to most of us, but I give them to you for some perspective.  During the 2021 winter storm, the record for demand was 69,871 megawatts.  On Saturday, during the coldest time of the winter blast, demand exceeded 74,000 megawatts.  Some companies asked customers to conserve energy, but there were very few issues with power outages.  Customers of Atmos Energy in the Dallas area did experience power outages on Friday night due to low pressure for their natural gas operations, and Reliant Energy in Houston asked customers over the weekend to limit the use of large appliances.  Other than that, the grid held up well.  Most of the frigid weather is over for now, and freezing temperatures are not expected in most areas of the state for at least the next two weeks.

According to new data just released by the US Census Bureau, Texas is now home to just over 30 million people.  New estimates put the state’s population at 30,029,572.  Only California has a larger population, with a little more than 39,000,000 people.  Texas has gained 470,708 people since July of 2021, which is the largest gain in the nation.  California’s population shrunk by 111,000 during the same time period.

The state’s economy continues to grow as well.  With the increase in interest rates slowing the economies of other states, Texas continues its upward trend.  The US Bureau of Economic Analysis released a report this week showing the state’s gross domestic product growing by 8.2%, putting Texas second only to Alaska in terms of domestic output.  The national growth rate was 3.2%.  The oil and gas sector accounts for 44% of the state’s output, with the state adding 42,000 jobs in that industry during the last 12 months ending in November. 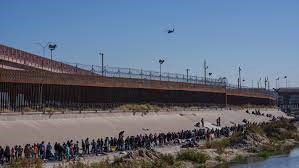 Last night, the US Supreme Court extended the temporary stay issued last week that will allow Title 42 to stay in effect indefinitely.  Title 42 is the pandemic era policy that allowed the immediate expulsion of any migrant attempting to seek political asylum in the US.  It was due to expire last week, but Texas and 18 other states sued to keep the policy in place, citing the potential to see a massive increase in the already huge influx of migration at the southern border.  The court ruled the policy will remain in place until the justices make a final ruling on the matter.  Oral arguments are set for February and a decision will likely not come until June.

Gov. Abbott is once again in a war of words in the press with the White House over the continued policy of busing migrants out of the state to “sanctuary” cities.  The latest salvo is due to the latest arrival of migrants on Christmas Eve in Washington, DC at the residence of Vice-President Kamala Harris.  In a typical back and forth, the White House criticized Abbott for his cruel treatment of migrants, while Abbott hit back saying his actions were necessary due to the lack of commitment to immigration reform by the Biden administration.

A former employee of the Starr County District Attorney’s office has been indicted on charges of human trafficking.  The employee and her husband were arrested following a traffic stop when the couple was suspected of transporting illegal immigrants to Houston from Starr County in a county vehicle.  Gov. Abbott and lawmakers have indicated they would consider increasing penalties for anyone convicted of human smuggling or trafficking involving migrants that have entered the country illegally.

Our two US Senators are at odds regarding their vote on the latest funding bill passed by Congress.  While Senator Cornyn supported the measure, Senator Cruz was opposed.  The measure, a $1.7 trillion package that avoided a government shutdown, was passed with the help of 68 senators.  The measure funds the government for one year and sends $44 billion in aid to Ukraine.  Cornyn said he supported the measure because it was the lesser of bad choices presented to Congress for funding the government.  Cruz, one of 29 who voted against the measure, said that Congress should wait until the new year to pass a budget when the Republicans take over the House.

The pace of bill filing continues to be slow during the holiday season.  It will certainly increase after the first of the year when lawmakers return to Austin.

The session begins on Tuesday, January 10th and lasts for 140 days.

Please have a safe and very Happy New Year!!