Over the last week, an average of 17,733 doses have been administered each day in the state.   As of February 21st , 4.6% of Texans have been fully vaccinated.

NOTE:  Due to the winter storm and power outages, the reporting of COVID and vaccination data are significantly delayed from last week.

Texans endured power outages, scarcity of water, and a lack of information from state leaders last week as the winter blast kept many areas of the state below freezing for several days in a row.  Here in Austin, the temperature stayed below freezing for 8 straight days, beginning on Friday, February 12th and lasting until the following Friday.  Areas in central Texas received up to 8 inches of snow, and temperatures reached single digits two consecutive nights.  This past Friday afternoon, the temperature finally reached the upper 30’s as the thaw slowly began. 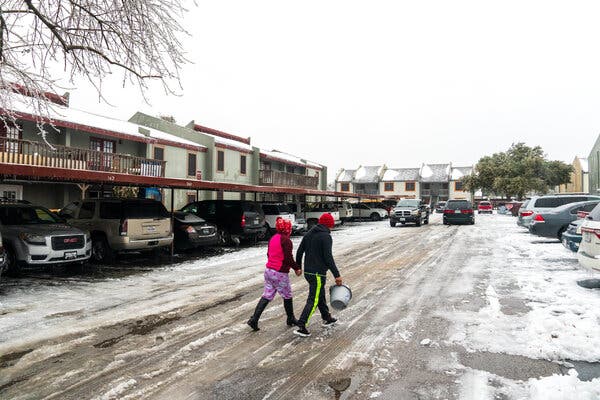 This past week, the legislature canceled all session activities.  The budget related committees, which were the only committees on the schedule last week, canceled all hearings as members and staff were discouraged from traveling to Austin due to hazardous weather conditions.

As many as 4 million Texans throughout the state lost power, many for several days in a row.  With no access to internet or phone service, the state had no way to provide essential information to people on a timely and consistent basis, and had no contingency plans in place to help the suffering people without basic essential services.

Storm Caused Delays in Vaccine Deliveries, Will Increase This Week

The winter storm also posed new obstacles to coronavirus vaccination efforts.  Hazardous weather slowed deliveries from two central distribution hubs for the Southeast.  But, with the weather having improved, Texas is on course to receive 600,000 doses this week.  The vaccines will be shipped to 563 providers in 230 counties across the state.  An additional 360,000 doses have been ordered by the state to be used as second doses, mainly for those who had their appointments delayed due to the storm. 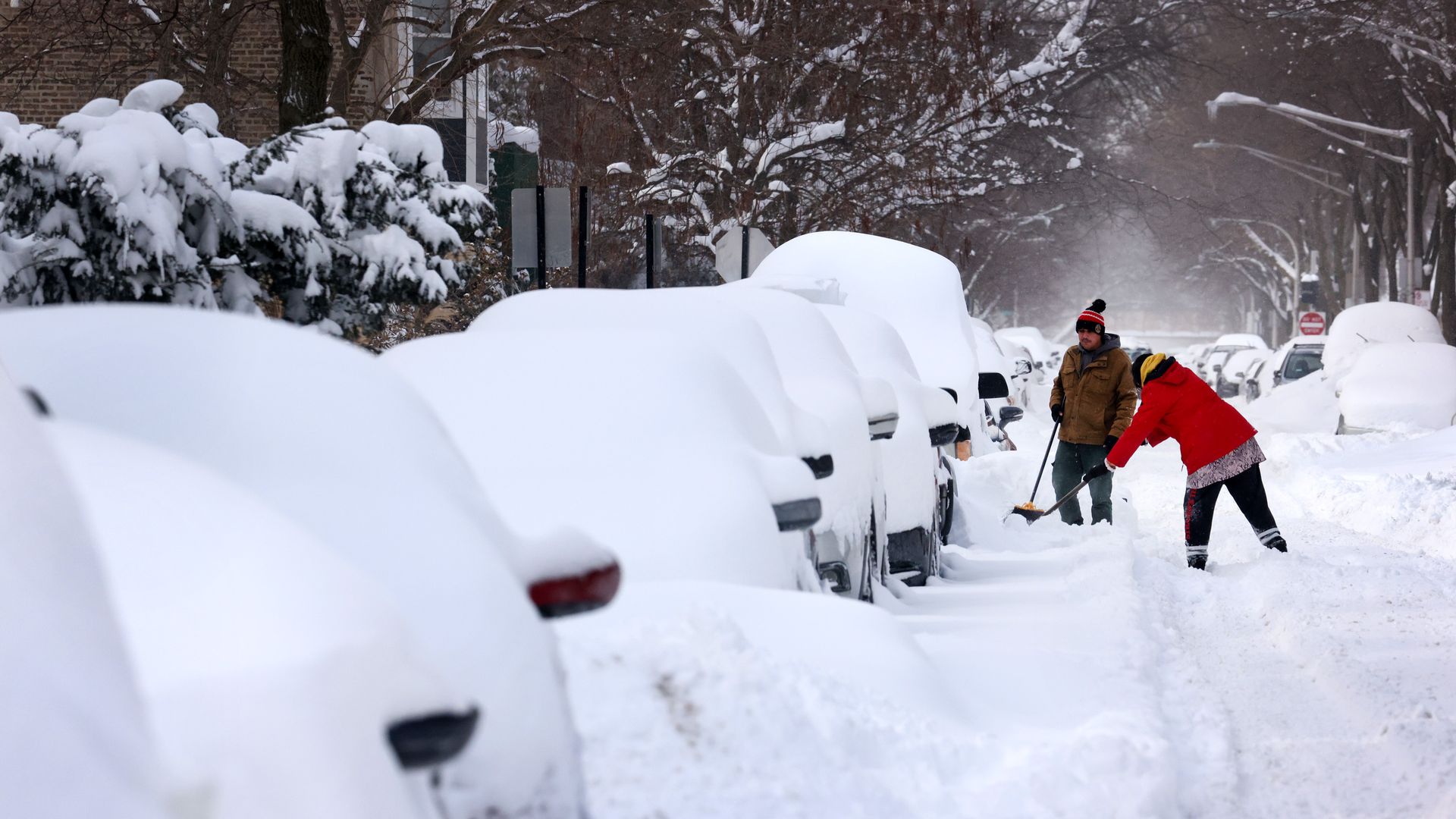 Plenty of Blame to Go Around

Early in the process, instead of trying to get power and basic services restored, the finger pointing began.  Many blamed the state leadership for not being better prepared for this kind of disaster; others blamed the state’s oversight entity, ERCOT, that controls the electric grid in most areas of the state; and even others pointed to the age old argument of fossil fuels vs. renewable energy as the reason for the overwhelming loss of power.  But the bottom line is there is plenty of blame to go around.

On Friday, as the situation continued, but also began to improve, Gov. Abbott declared that the failure of the electric grid is ultimately his responsibility.  Of all the emergency and disaster situations Abbott has faced – Hurricane Harvey, mass shootings, pandemic recovery – this winter storm and the failures of the state to adequately protect its citizens from the freezing temperatures and provide basic services in the aftermath may be the greatest challenge of Abbott’s political career.  During a Friday afternoon press availability, Abbott said he is taking responsibility for the situation with ERCOT, and the fact that the state of Texas was wholly unprepared for the large scale failure of power generation during the storm.

Lawmakers announced late last week that they will hold hearings to try and determine exactly what went wrong with ERCOT and the failures in the power delivery system.  The Senate Business and Commerce committee, which has jurisdiction over electric and power regulatory issues, will have a hearing focusing on ERCOT, how this happened, and how they plan to do their job in the future to keep the grid up and running.  The House will conduct a joint hearing between the State Affairs Committee and the Energy Resources committee to hear from all stakeholders involved regarding the factors that contributed to the failure and what steps need to be taken to safeguard the state’s electric grid. 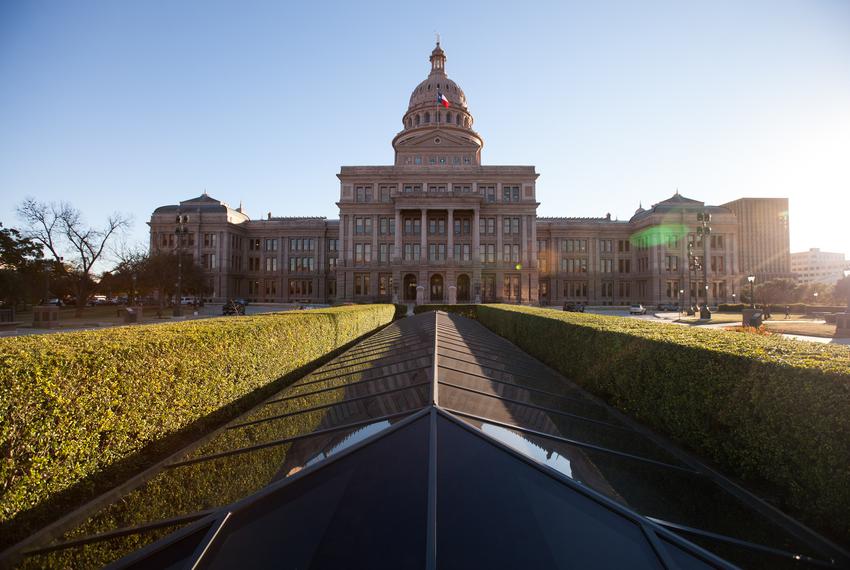 Both hearings will be held on Thursday at the state Capitol.

Also from the Legislature, Gov. Abbott summoned lawmakers to his office Saturday for an emergency meeting to discuss the possibility of rising energy costs due to the storm.  In response, the Public Utility Commission met over the weekend and issued two orders.  One directs energy providers to temporarily stop disconnecting customers from power or water due to unpaid bills, and the other  stops companies from sending invoices or bill estimates to customers until all issues of regarding the financial situation of the bills sent to customers are resolved.

State officials declared this morning that power should now be fully restored across the state, and power conservation measures are no longer necessary.  As of Sunday evening, about 13,000 customers in the state did not have power restored.  Food supply shortages at grocery stores will also soon be resolved.  The state has temporarily suspended relevant regulations to allow more delivery trucks on the roads to help deliver food and supplies at a faster rate.