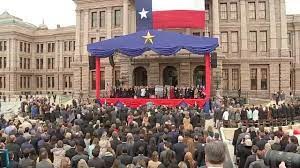 On Tuesday, Gov. Abbott and Lt. Governor Patrick were sworn in for their third terms in office.  The ceremony took place on the north side of the Capitol and was followed by a lunch on the Capitol grounds.  In their acceptance speeches, each focused on the strong economy the state is enjoying right now, highlighting the low unemployment rate, an increase in businesses relocating to Texas from other states and the huge state budget surplus fueled by an inflation rate that is contributing to higher than expected tax revenues.  Both also focused on providing tax breaks to homeowners, saying that a large portion of the surplus should go towards tax breaks and credits to help bring down property tax bills.  Abbott committed to larger state investments in infrastructure such as roads, water projects, and ports.  Patrick added that a priority of the Texas Senate – over which he presides and has complete control – will be to ensure students are not subjected to critical race theory in public schools and threatened to end tenure for university professors who attempt to indoctrinate college students by teaching socialism instead of capitalism.

With the opening day of session last week, and this week’s inauguration, the ceremonial portion of the session is over, and lawmakers will now begin the legislative process. 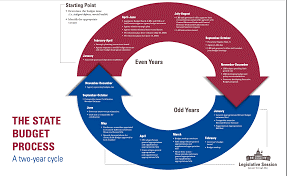 Both chambers released their versions of the state budget on Wednesday.  Each chamber files its own version of the budget that will pass through each chamber.  The real work is done in the conference committee that is appointed to work out the differences between the House and Senate versions.  Each version emphasizes property tax relief, school funding, and border security.  The state has an estimated surplus of nearly $33 billion, and the proposed budgets as filed leave a total of $50 billion in available funds that are not appropriated out of the total cash available to lawmakers.  This means there is still room for even more spending or tax relief as the bill moves through the process.

Each bill includes nearly $15 billion in property tax relief, with the Senate version raising the homestead exemption to $70,000, up from $40,000.  $2 billion is proposed for state employee pay raises and another $4.6 billion is proposed for Operation Lone Star, the border security program started by Gov. Abbott.  Public education funding proposals have the basic allotment remaining the same, but also increases funding for mental health resources and proposes another $600 million for enhanced school safety measures. 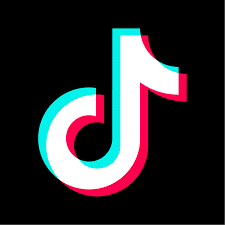 Following the lead of Gov. Abbott who issued an order last week to ban the Tiktok app on all state owned devices, the University of Texas and Texas A&M have banned the app on all Wi-Fi networks owned and operated by the universities.  TikTok has been the subject of scrutiny due to security concerns surrounding the app’s owner, a Chinese company named ByteDance.  State and national security analysts claim that the company harvests information from any device that has the app, causing a fear that potentially sensitive information can be obtained through governmental entities.  The move by UT and A&M means that anyone connected to a Wi-Fi network on campus cannot access the app, even on personal devices.  UT has said the move is necessary to eliminate any risk to the university’s sensitive information or infrastructure.

TikTok, which is known for its short form videos, has 86 million users in the United States. 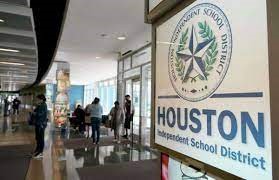 The state Commissioner of Education has been attempting to take over control of the Houston Independent School District since 2019, when several of the district’s high school campuses received failing accountability ratings.  Allegations of misconduct have also been levied against several of the school board trustees.  After a series of court battles that placed an injunction on state control of the district, the state Supreme Court recently ruled that HISD has not proven that state control of a local school district violates state law or the state constitution.  In the ruling, the Court lifted the injunction and said it would allow the Texas Education Agency to appoint a new board of trustees, who in turn could begin to implement a full takeover of the school district.  However, the Supreme Court also remanded the case all the way back to the trial court level.  So, even though the injunction is lifted, and new trustees are likely to be put in place, the legal battles will continue. 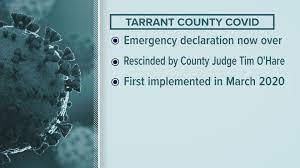 The 2019 inauguration of Greg Abbott and Dan Patrick had a price tag of over $5 million.  This year’s bash probably exceeded that, but final figures are not yet available.  However, on inaugural materials, several of the big donors were prominently displayed.  According to the official program, those giving $100,000 or more had full access to all events – swearing in, lunch, dinner at the Governor’s Mansion on Monday night, the Tuesday night gala, and a separate VIP reception at the Four Season prior to the gala.  Those large donors include AT&T, Sands Gaming, Landry’s (Tilman Fertitta), HEB, and many others.  In all, there were only 81 donors to the events that have been publicly listed giving a total of $4 million.

Democratic state Senator John Whitmire of Houston – the Dean of the Texas Senate – is starting his Houston mayoral bid with a $10 million war chest.  Included in the $10 million figure is $1.1 million raised since last November when he officially announced his run.  He is by far the leader in cash on hand compared to the other announced mayoral candidates for the November 2023 election.  Former Harris County clerk Chris Hollins, former Houston city councilwoman Amanda Edwards and local attorney Lee Kaplan each have raised about $1 million in their respective bids.  Where the financial field may be leveled lies in a city ordinance passed in 2005 that says money raised by mayoral candidates for offices other than city offices is capped at $10,000.  However, the ordinance has not been enforced in practice.  Current Mayor Sylvester Turner moved nearly $1 million from his state representative campaign account when he ran for mayor in 2015.  That move was challenged by an opponent, but the opponent dropped the lawsuit before the courts could make a ruling.  So, if the city is not going to enforce the ordinance, then Whitmire may be able to use all of the legislative funds unless an opponent files a lawsuit seeking a formal ruling.

Nothing to report from the floor this week, as members are awaiting their committee assignments.  The only thing of note is that the House and Senate each passed a resolution congratulating the Houston Astros on their World Series victory last year. Several team members were in attendance and the World Series Trophy was briefly on display in the Capitol.

The House and Senate have adjourned for the week and will reconvene on Tuesday, January 24th.  When they return, there will be 126 days left in the session.