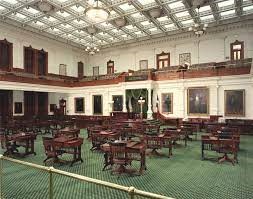 On Monday, Lt. Governor Dan Patrick announced Senate committee assignments for the session.  The Senate has 15 standing committees that will consider all of the legislation filed by Senators and the legislation that makes it through the House later in the session.  Republicans were named to lead all but one of the standing committees.  Senator John Whitmire – the Dean of the Senate – is the lone Democrat to chair a committee.  He will resume as chairman of the Criminal Justice Committee, which he has led since 1993.

The biggest change in chairmanships comes with the budget writing Finance Committee.  Senator Joan Huffman (R, Houston) replaces Senator Jane Nelson who did not seek reelection in 2022.  In an interesting development, top Patrick lieutenant Bryan Hughes (R, Mineola) will chair two committees.  He retains his chairmanship of the all-encompassing State Affairs Committee, and will now also chair the Senate Jurisprudence Committee.  Two other major committees have new chairs this year.  Senator Charles Schwertner (R, Georgetown) will now chair the Business and Commerce Committee.  This committee has a wide array of responsibilities, including the oversight of the industries of banking, insurance, real estate, electric utility regulation, and alcoholic beverage regulation.  The other new chair is Senator Brandon Creighton (R, Conroe) will now chair the Senate Education committee, which oversees the public schools and universities in the state. 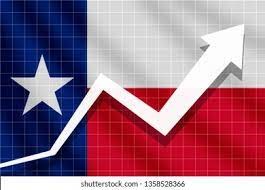 The Texas Workforce Commission reported that the state continued its streak of record  employment levels that surpassed levels not seen since the onset of the pandemic.  The previous high number of non-agriculture jobs in the state was realized in February of 2020, when the state reported 12,970,000 jobs.  The newly released numbers show that in the month of December, the state reached a record number of 13,700,000 jobs.  The overall state unemployment rate now stands at 3.9%.  The Austin metro area has the lowest unemployment rate in the state at 2.9%.  Statewide, employers added 29,500 jobs in December.  However, the Federal Reserve Board in Dallas – while acknowledging the continued growth in jobs – cautioned that the increases in jobs and economic activity has slowed since September, due chiefly to a continued growth in inflation.  While not predicting a recession, the Fed did say that the state could experience a very slight downturn in the economy in the latter part of this year if the current trends continue.

Senate Bill 147, filed by Sen. Lois Kolkhorst (R, Brenham) earlier in the year has gained a substantial amount of momentum as of late when Gov. Abbott endorsed the bill.  The bill would prohibit citizens and governments from China, Iran, North Korea, and Russia from purchasing land in Texas.  Kolkhorst has said she is concerned with the growing influence over land in the state being purchased by foreign entities.  Specific Texas figures are not available, but nationally, Chinese investors own less than 1% of total acreage in the country.  Combined, investors from Russia, North Korea, and Iran own less than 3,000 total acres in the US.  Investors from Canada make up the largest bloc of ownership in foreign land in the US, according to the US Department of Agriculture.  Canadian investors account for roughly 30% of all foreign owned land.  The bill does not prohibit investment from these four countries.  They will still be allowed to own businesses domiciled in the state, but must lease the land and buildings. 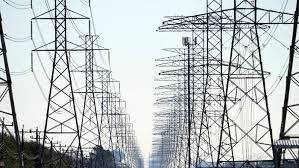 The Public Utility Commission late last week voted to overhaul the state’s electric delivery market in an effort to make the system more reliable in times of extreme weather conditions.  The commission created a performance credit mechanism that allows companies to commit to produce more energy during times of high demand, whether it be extreme cold or unusually hot temperatures.  Under the plan, the energy producers would sell “credits” to retail providers who in turn would sell to homes and businesses.  In the end, the plan is to provide more revenue for the producing companies to give them incentives to create more infrastructure for more energy production.  This is a first of a kind proposal, and critics are skeptical due to a lack of a proven track record of success for this type of a program.  Power generation companies and large retail customers have already drawn battle lines regarding the proposal, which has already garnered the criticism of a major player in the Senate.  Sen. Charles Schwertner, who chairs the committee with oversight of the electric industry, has written a letter to PUC commissioners saying this is not what the legislature intended, and he plans to visit the issue this session. 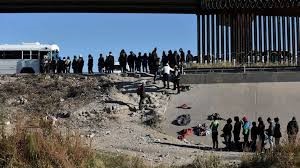 A Texas National Guard soldier on patrol Sunday morning shot a migrant near McAllen as the migrant was attempting to evade capture.  In the early hours of Sunday morning, two National Guard soldiers joined several border patrol agents who had tracked a group of migrants to an abandoned house.  Law enforcement entered and three migrants immediately surrendered.  The fourth tried to flee and was shot when he resisted attempts to be apprehended.  He was shot in the shoulder, and the injuries were not life threatening.  This is the first shooting incident by a soldier assigned by the state of Texas as part of Operation Lone Star that began in March of 2021.

According to the Customs and Border Patrol, crossings continue to increase.  CBP reported 216,162 encounters in December of 2022, an 11% increase from November.  CBP reports the increase is driven by individuals from Nicaragua and Cuba.  Of the 216,000 encounters last month, over 77,000 were from one of those two countries.

As mentioned above, the House will probably make their committee appointments in the next two weeks.  The House – with 5 times the membership of the Senate – typically lags behind the Senate in announcing committee appointments.  The Republican Party has launched an attack on its own House Speaker, Republican Dade Phelan of Beaumont regarding the appointments.  The state party has begun radio ads attacking Phelan for not committing to ban Democrats from holding chairmanships of committees.  The ads ask voters to call the Speaker and ask him to appoint only Republican chairs.  The ads will run for two weeks at a cost of $15,000.  Phelan has declined comment on the ad campaign.

Yesterday, Lt. Governor Dan Patrick announced he will seek reelection in 2026.  Patrick was reelected to his third, four-year term in November of 2022, easily defeating Democratic challenger Mike Collier by 12 percentage points.  Patrick had initially said that this term would be his last, but now says that he loves the job, is in good health, and has no reason not to seek reelection in 2026.

Little to no activity this week, as the House still awaits committee assignments.  The Senate Finance committee has posted hearings and will begin deliberations on the state budget next week.

The House and Senate have adjourned for the week and will reconvene on Tuesday, January 31st.   When they return next week, there will be 119 days left in the session.