Happy New Year to everyone.  The start of the regular session is less than a week away and the activity around the Capitol is starting to heat up.  Here’s what’s happening: 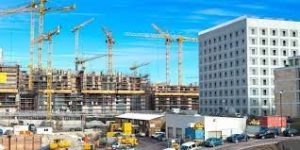 A set of tax incentives – deemed Chapter 313 incentives – was initially passed by the legislature in 1993 to provide property tax breaks to companies that locate new facilities in the state.  The incentive was designed to attract new businesses by offering them a limitation on property tax payments – for a maximum of 10 years – so the business would build new infrastructure and create jobs within the school district.  In the 2021 session, the legislature allowed the program to die after complaints that the program amounted to “corporate welfare”.  The program expired on December 31st.  In a subsequent development, the Texas Supreme Court ruled that any applicants to the program that were not approved prior to the December 31st deadline were not allowed to continue to move forward.

During the interim, several large business associations formed a coalition with the goal of reviving the Chapter 313 incentives through legislation during the upcoming session.  The Texas Taxpayers and Research Association, the Texas Association of Manufacturers, the Texas Oil and Gas Association, the Texas Chemical Council, and others all banded together to create Jobs for Texas.  The group hired former House Speaker Dennis Bonnen to head the efforts regarding legislative strategy and lobbying.  However, instead of making progress for business development in the state, the new coalition became a target for the opposition.  In addition to the political opposition, the new coalition saw a number of applications die before as the December 31st deadline passed.  And even applicants that were approved at the state level were never approved by local school boards due to local community opposition.

Due to the numerous problems and issues faced by the coalition, the group announced earlier this week that it has disbanded.  Business groups have once again voiced concern over the lack of commitment by some state leaders to the business community.  The groups also say that just because the coalition no longer exists, they will still make reviving Chapter 313 a priority this session.  No members of the legislature have said they will offer legislation, but business group leaders are confident that as the session moves along, they will be able to develop champions for their issue. 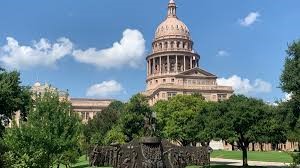 On January 1st, the final few bills from the regular and series of special sessions finally took effect.  Most bills become effective 90 days after passage, but some bills require longer time periods to implement relative rules and reforms regarding the change in law.  Probably the most substantive of these new bills is one that applies a property tax reduction for those who are disabled or over 65.  During the major public school finance overhaul of 2019, the state allotted to school districts more direct funding in exchange for a reduction of property tax rates.  The new formula applied to all property taxpayers except those aged 65 or are disabled, because their basic tax rate is already frozen.  This new legislation allows the discount to apply to the over 65/disabled class of taxpayers.

One other law of interest pertains to the construction and building industries.  At the federal level, there is a movement by environmental groups to prohibit or severely curb the use of certain refrigerants in newly installed air conditioner units.  Industry groups claimed that these restrictions were costing jobs in the manufacturing sector in Texas.  The new legislation allows the use of all refrigerants that comply with the federal Clean Air Act in construction and manufacturing jobs.  This change, according to an analysis done by the Texas Senate Research Center, can lead to the creation of 33,000 new jobs in Texas, thus allowing the state to become a major center for manufacturing relative products. 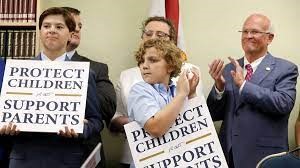 State Rep. Jared Patterson, a Republican from Frisco, has filed what he is calling a parental rights bill regarding what students can be taught regarding sexual orientation.  Patterson’s bill – similar to what was passed in Florida last year – would prohibit public schools in Texas from teaching or having in their curriculum anything related to sexual orientation or gender identity.  The prohibition would apply to all students from kindergarten through the 8th grade.  In a press release announcing the filing of the bill, Patterson said this is necessary to eliminate radical ideology in the classroom and to  “protect the youngest children from unscientific, inaccurate, and inappropriate information”.  In addition to the above mentioned provision, the bill also requires that any information regarding physical or mental health must be reviewed by all parents prior to distribution to the students.  Patterson cited the need for transparency to provide parents with more control over health related issues provided by public schools.  This is not the first time Patterson has weighed in on restrictions and requirements regarding parents and their children.  He has also introduced a bill to ban children under the age of 13 from social media sites such as Instagram and TikTok. 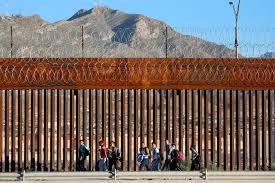 President Joe Biden announced yesterday that he will visit the Texas/Mexico border next week in conjunction with his visit to Mexico City.  No details on location or timing were given, but Biden did promise that he would make his first visit to the border as President.  Biden will be traveling to Mexico City next week to attend the North American Leaders’ Summit, along with Mexican President Andres Obrador and Canadian Prime Minister Justin Trudeau.  Biden has received intense criticism from Republicans for not visiting the border during the first two years of his Presidency.

We have all seen the continued drama surrounding the failed attempts by the US House to elect a new Speaker.  As McCarthy continues to fall short of the 218 votes needed to become Speaker, there are three Republican Congressman from Texas that continue to block McCarthy’s bid.  Keith Self, the newly elected member from Colin County, Michael Cloud from the Corpus Christi area and Chip Roy from Dripping Springs all continue to vote against McCarthy.  Roy has by far been the most vocal, saying it is time for a House leader that puts the issues and concerns of the people first, and not the inner workings of Congress.

Several of their Republican colleagues from the state have criticized the three, saying it is time to put aside their differences and elect McCarthy as Speaker, so the House can start to work.  Rep. Michael McCaul of Austin criticized the Republican holdouts harshly yesterday saying that those continuing to vote against McCarthy are holding the House hostage.  McCaul does have a vested interest however in seeing McCarthy elected as Speaker.  He is in line to chair the House Foreign Affairs Committee under a McCarthy regime.

And speaking of Speaker politics, they are happening at the state level as well.  Texas has a long standing tradition of appointing members of the minority party as committee chairs.  This policy is the cornerstone of Rep. Tony Tinderholt’s  (R, Arlington) challenge to incumbent Speaker Dade Phelan (R, Orange).  Tinderholt, is part of the far-right Freedom Caucus, who believe only the party in charge should hold committee chairs.  The Republican Caucus has endorsed Phelan over Tinderholt by a 78-6 margin.  Even with that sound defeat, Tinderholt has vowed to take his fight all the way to the House floor when the House convenes on Tuesday.

Lawmakers will begin returning to town on Monday.  On Monday evening, both Houses will separately hold events to introduce the newly elected members to their respective colleagues.  The session then begins at noon on Tuesday with the swearing in of all members. z