Positivity rate as of Wednesday, May 26th  was 3.39%.  One month ago, there were 1,400 new cases reported, one week ago there were 1,200 new cases reported, compared to the 1,595 reported yesterday.   The 1,962  COVID patients in hospitals now is 167 fewer patients compared to one week ago, and COVID patients make up 3.1% of total hospital beds in the state.

Over the last week, an average of 128,951 doses have been administered each day in the state. As of Wednesday, May 25th, 34.6% of Texans have been fully vaccinated.

After the House failed to pass three items of priority to Lt. Governor Dan Patrick, he has called for a special session to address these issues in June.  The three issues that Patrick has asked to be addressed are a ban on  transgender children playing sports based on their gender identity, a prohibition on local governments using tax dollars to pay for lobbyists, and wanting to punish social media companies that censor or ban users based on their political persuasion.  Taking the threat a step further, Patrick and the Senate failed to pass legislation that needed to extend the agency regulating law enforcement in the state before an important deadline last night.  The Commission on Law Enforcement sets the standards for police licensing and training in the state.  Without the agency being continued through the legislative “sunset” process, or granted an extension, the agency is abolished.   The Senate has passed neither proposal related to the agency.  Many feel an agency with this much responsibility cannot be abolished, therefore creating an immediate need for a special session.

According to Texas law, only Governor Abbott can call a special session; however, because Patrick effectively signed a death warrant for the regulating agency for Texas law enforcement by neglecting to pass a bill that extends the life of state agencies, Abbott may have to call the lawmakers back to fix the situation.   There are other maneuvers and procedures that could revive the legislation that keeps the agency afloat, but Patrick seems to be resolved to force a special session to deal with his priority issues.   When asked to respond to the possibility of a special session, Abbott only would say that there is time left in the regular session to try and work through some of these issues.

Tuesday was the final day the House could consider stand-alone legislation.  With the midnight deadline looming,  Texas House Democrats did everything they could to keep the Republican dominated chamber from considering GOP-backed legislation they opposed.   The process of delaying the progress of the calendar is called “chubbing”, the Democrats successfully slowed the calendar all day Tuesday to kill several of the GOP priorities.  These priority bills include a bill banning social media companies from blocking users because of their viewpoint or their location within Texas, another that would ban local governments from using public funds to pay for lobbyists, and another that would force transgender student athletes to play on sports teams based on their sex assigned at birth instead of their gender identity.  Basically the same priorities that caused the Lt. Governor to demand a special session.

Democrats have been fighting back these bills since the beginning of the legislative session in January. Since Republicans control all branches of Texas government, the Democratic coalition has certainly faced an uphill battle. The midnight deadline to pass the bills was the minority party’s last hope. Despite ending the night with hoarse voices, House Democrats landed an unusual victory this session, killing all three of those bills, and only ceding one other Senate priority bill that banned cities and counties from requiring companies to pay workers more than the federal minimum wage or provide them with benefits like paid sick leave. 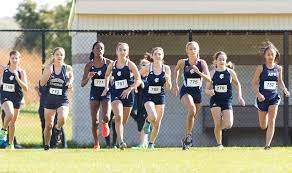 HB 547 which allows homeschoolers to compete in UIL – both in academics and athletics – passed the Senate floor after much debate.  The bill passed with a caveat allowing school districts the ability to choose if they want to allow homeschoolers to compete. Additionally, homeschool students would be required to submit a passing score from a nationally recognized standardized test within the first six weeks of school and submit updates from parents throughout the year.

The debate grew emotional at times, with opponents saying the home-schooled kids will have an advantage since they don’t have the in school commitments that other students have.  Plus, opponents say there is no real mechanism to confirm that the home school students are truly meeting the required academic standards.  Proponents, including the  Texas Homeschool Coalition say that this proposal benefits mostly rural kids, since close to half of all home schooled kids live in rural areas.  The bill has already passed the House, who will now have to consider Senate amendments before the bill goes to the Governor. 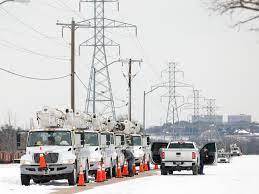 No resolution has been reached on what is arguably the most important issue of the session – the aftermath of the blackouts from the February winter storm.  Costs for electric providers  of electricity  skyrocketed during Texas’ catastrophic winter storm in recent history, with gas suppliers, banks, and power generators making billions as Texans across the state seem to be left with unusually high electric bills.  These unpaid debts have become so staggering that state lawmakers have stepped in to bailout companies and institutions unable to pay.  But some worry the solution they’ve found could reward negligence from some companies that owe money, or criminality from others that are still waiting for payment — all while punishing the very utility customers who suffered in the freeze.   The House has called for the public financing of over $2 billion to help energy companies with their costs from the storm, while the Senate favors giving a loan to the companies, financed out of the state’s Rainy Day Fund.  The details of the final proposal will have to be worked out in the next few days if there is going to be any eventually remedy for rate payers moving forward. 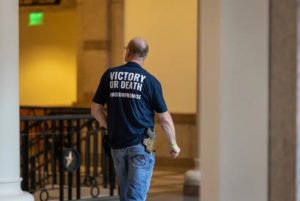 House Bill 1927 is reaching the final stages of approval as it’s been passed on to the desk of Governor Greg Abbott. The bill, if approved, would remove permit and licensing requirements to carry handguns given that there are not state or federal laws that prevent one from possessing a gun. This particular bill was a long time coming in Texas, having been sought after for years by conservatives. Abbott declared that he would indeed sign the bill into law, given a few small changes made following a compromise on the bill’s contents. The compromise allowed changes that were made in the Senate, mainly the removal of a clause that prevented law enforcement officers to question people based on their possession of a handgun. Similarly, the compromise intensified the criminal penalties for felons and domestic abuse offenders found carrying.

Texas Secretary of State to Resign 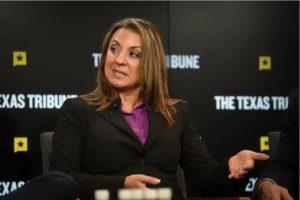 Texas Secretary of State Ruth Ruggero Hughs signaled that she will step down from office before the end of the current legislative session. The move is not surprising, however, given that Hughs’ predecessor similarly resigned at the end of session. Her resignation was deliberate, as it will allow Governor Greg Abbott to hand pick her replacement without the need of an immediate confirmation vote from the senate as allowed by the Texas Constitution. A confirmation vote for Secretary, under normal circumstances, would require a two-thirds vote in the Senate. Her resignation will give the Governor a great deal of latitude to choose her predecessor as the constitution states that governor shall “without delay” make another appointment.

Senate Bill 1, the only bill that lawmakers must pass prior to the end of session, has been approved by both Houses.  One of the most discussed items in SB 1 was a mandate that the legislature must spend the federal stimulus money from the COVID-19 pandemic, and not the Governor .  The state is scheduled to receive approximately $16 billion in federal aid this summer.  Abbott had enjoyed unilateral control over all aspects of response to the pandemic, angering members of both parties along the way. This portion of SB 1 ensures the legislature will have the most sway over the federal dollars for programs such as education, help for small businesses, distribution on vaccines, and helping communities with health care costs related to the pandemic.

Monday is the final day of the session.  All major deadlines for passing bills have come and gone.  For the next four days, all each chamber can do is either concur in amendments placed on bills by the opposite House, or adopt a conference committee report that seeks to resolve the differences on bills between the two chambers.  The House and Senate will be in session basically around the clock until midnight Sunday night, with the final day reserved only for ministerial functions.  I will keep everyone updated on the possibility of a special session this summer.